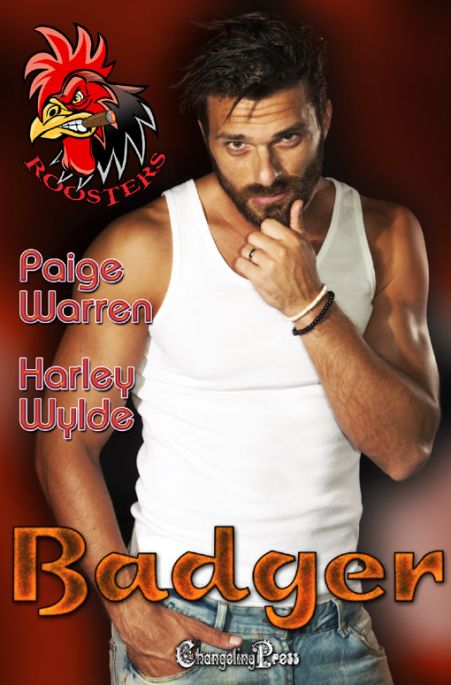 Badger — I went to prison for ten years after beating a man to death. He deserved it, and then some. I only wish he’d suffered more. Now I’m free, but things aren’t the same as when I left. The little girl I once saved is now a tempting young woman with curves in all the right places. I should stay away, far away, but I’m drawn to her like a moth to a flame. The pres of my club adopted her, so she’s definitely a no-fly zone, but damn if I don’t want her with every breath I take. A little sample wouldn’t hurt anyone, right? As long as Griz doesn’t find out, I’ll keep breathing. Sneaking around should be easy enough. I never counted on falling for her, or finding out she was carrying my kid. Now what the hell am I supposed to do? I’m a longtime repeat offender. I can’t walk the straight and narrow. Can I?

Adalia — I’ve worshiped Badger ever since the night he saved me. But what started as a young girl’s infatuation has grown into something more. I know he’ll never see me that way, or at least I thought he wouldn’t. When we’re together, it’s like we just can’t keep our hands off each other. It’s probably against his parole for us to be together, but he doesn’t seem to care. The heat between us is undeniable. He didn’t promise me forever, just right now. But neither of us counted on me getting pregnant, something that wasn’t supposed to happen too easily, and I have no freakin’ clue what to do. I’m scared Badger will run for the hills. He never asked for this, but then neither did I. One thing is for certain. If he doesn’t man up and my daddy finds out, there will be hell to pay.

No one can hide from the president of the Devil’s Fury MC.

Find it at Changeling Press: https://www.changelingpress.com/badger-roosters-5-b-2752

NOW FOR AN EXCERPT:

The trip back to Blackwood Falls took too fucking long, and I was feeling anxious. It had been a long damn time since I’d been in a vehicle, and I’d much rather have spent the hour-long ride on my Harley. Soon enough, I’d take it out on the open road, and just let the tension melt away. The only thing sweeter than a ride on my bike was being between a woman’s thighs.

As Demon stopped outside the clubhouse, he tensed and turned to face me. I had no idea what was going to come out of his mouth, but something told me it wasn’t anything I wanted to hear.

“There’s something you need to know,” Demon said.

“Anyone die while I was gone?”

My breath froze in my lungs as I pictured her wide blue eyes as they’d stared at me in terror. I’d found her in an alley, her clothes torn, and some asshole raping her. I’d seen her around town, knew she was only thirteen, just a kid. Something inside me had snapped, and I’d beat the fuck out of that asshole. Beat him to death. I didn’t regret what I’d done, only wished I’d gotten there sooner. Adalia had watched as I killed that man, and she hadn’t uttered a word the entire time. Not even when I took her to the hospital to be checked out. I’d known it wouldn’t end well for me, but my first priority had been the girl. Anyone else might have gotten off with a lighter sentence, seeing as how I’d been protecting her. But a guy like me with priors? I hadn’t had a prayer. Ten years to give her the peace of mind that the asshole who had touched her was six feet under? Yeah, it was a trade I’d been willing to make. I’d made it then, and even knowing I’d get time, I’d do it again in a second.

I might be an asshole biker with a rap sheet, but there were some things that even I wouldn’t tolerate. Rape was one of them. Anyone harming a kid was another, and that dickweed had done both. As far as I was concerned, the world was a better place without him in it.

She’d be twenty-three now. Probably had a steady job, a nice boyfriend. At least, I hoped that’s how her life had turned out. But the way Demon had said her name… had something happened to her while I was gone? Had some other asshole tried to hurt her, and I hadn’t been around to save her this time? My gut clenched just thinking anything bad had happened to her. She’d been such a sweetheart the few times I’d been around her, always a little on the quiet side.