Battle Scarred 4: You Complete Me 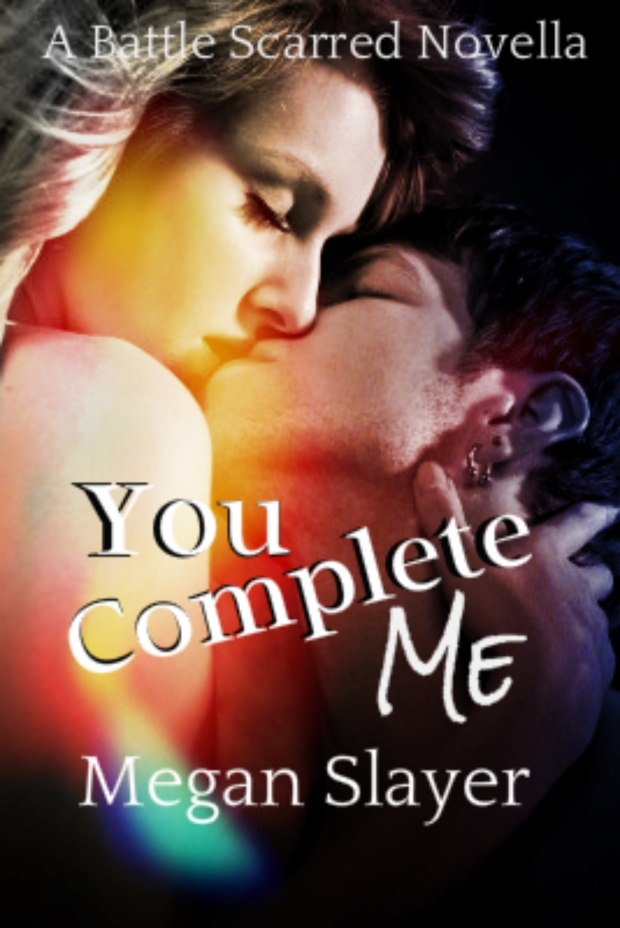 I’ve got your back, if you’re willing to trust your enemy.

Hagan Dean thought he was helping his friend. He was playing the role of savior…except he ended up left for dead in the sunshine. Vampires and sunshine don’t mix. Even worse? A Hunter—one of the sexiest women he’s laid eyes on—is ready to kill him. He’s got a lot to survive for and the odds are stacked against him, but he’s a fighter. Will the Hunter let him live another night? Or is this vampire destined to fry into a pile of soot?

Emily Cross is a born Hunter. Her life’s work is to keep the balance between the Supers and the Supers who have stepped out of line. She’s never been keen on the Rogues taking over the Hunters. She doesn’t want to kill all the Supers…she is one! When she finds a nearly charred vampire in the woods during one of the hunts, her thoughts turn from killing to keeping him alive.

Will these two opposites come together to find common ground in order to help end the war? Or will the passion crackling between them tear their worlds apart?

How about an excerpt?

“We’ve got to search high and low for these creeps. They could be anywhere and dangerous as hell,” Ben said and rushed in front of her.

She winced. Everything her partner said revolved around killing supers. She suppressed a groan. They could see the supers. She and Ben both possessed supernatural blood, allowing them to pursue their specific calling—hunting the supers as true hunters. The job description included killing supers in order to terminate those who went mad and were essentially dangerous to the rest of the population. They hunted the supers who’d gone rogue. No one said a word about killing the vampires, shifters, and faes—among others—simply for the sake of taking lives. According to Ben, they needed to eliminate all supers.

Emily trudged behind him. She could hold her own up front and defend herself from the attacks with ease, but she wanted distance from Ben. The negative vibe swirling around him unnerved her.

“I see it,” Ben shrieked. He bolted away, leaving her in the pitch-black woods. She gazed into the darkness and focused. She didn’t hear a sound, not even the critters creeping around, and that wasn’t right. There should’ve been something in the brush moving if he’d spotted anything. She crinkled her nose. The scent of a being came to her…dead? Decaying? Dead things left a definite gross smell behind, but this wasn’t the scent of decomposition. This particular pungent odor reminded her of a wet tiger or charred hair. What was it?

A round object caught her attention. Nothing in the woods was perfectly rounded…not like a shoe. She glanced over to where Ben had taken off to, and when she didn’t see him, she crouched to look at whatever it was in the brush. She figured she’d hear Ben coming when he returned. Unlike vampires, Ben wasn’t stealthy. Freight trains were quieter than her partner. She didn’t see him when she looked again. Thank God.

Emily crept up to the rounded thing and studied it closer. The thing was a shoe, connected to a foot. Were other hunters leaving their kills in the forest now? If the person was indeed a super, then the body wouldn’t be around—it would’ve disintegrated. A human body would decompose but still be evident. She moved the leaves aside. The leg led to a full body. The person was so still. She glanced around again and uncovered the face. The guy’s mouth was open, allowing her to see his teeth. Sharp, bright white teeth.