It’s time for the Tuesday Teaser. I love these. This week I’m featuring Blurred Reality, my contribution to the Dallas Fire and Rescue Kindle World. Enjoy! 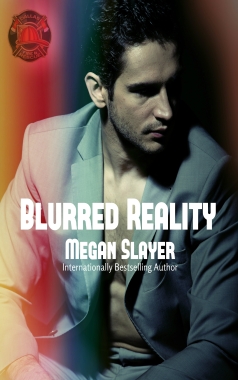 When the band takes a hiatus, the boys will play…

When Jacen Goodwin’s band, Disaster Transport, crashed in Dallas and ended up at the Nathalia Hotel, he never expected to find his heart’s desire. He wants to stay in his adopted home city, but he loves the roar of the crowd as well as their adoration. Can the star drummer step away from the buzz of fame long enough to grab what he needs with both hands or will the lure of the crowd be too much?

Matt Walker knew from the moment he got involved with Jacen that their relationship was temporary. Jacen’s a celebrity and he holds the position of the sexiest eligible bachelor of the band. Even if Matt saw a future for him and Jacen, the odds aren’t in their favor. But he can hope, right? He’s been head over heels in love with Jacen since the moment they met.

Can these two opposites make a go of their fledgling relationship or will celebrity and the challenges of fame keep them apart?

Now for an excerpt:

Matt busied himself with straightening the counter space and trying not to watch Jacen. Fuck. How could he not? The man featured in his dreams and had become his favorite spank bank material. He swept his gaze over Jacen. The denim shorts hugged his hips and accentuated the strength in his legs. Jacen rubbed the back of his neck with his fingers and flexed his upper body.

Jesus. Was Jacen trying to turn him on? If so, he’d accomplished his mission. Matt plopped onto the stool and pressed his knees together. Blood rushed to his cock and his mouth watered. Just a few touches. Kisses. He didn’t want much. Really.

“Mother fucker.” Jacen whipped around and held his phone in a white-knuckled grasp as he strode back to the desk. “He’s a piece of shit. Where are those peas?”

Matt offered up the bag. “Whoever it is, I hope you lit into him.” He shut the laptop down, then moved the device to the lower portion of the counter. “Better pick up your key before you forget.” He slid the card across to Jacen. “Have a good night…well, a better one than you’ve had so far.”

“Huh?” Jacen glared at Matt and plunked the bag back onto his bruise. “Are you here all night? I thought Cady hired on people to work the desk so you and her weren’t stuck.”

“She did, but this is my night. I have to earn my keep somehow.” He grinned to hide his displeasure. “I can’t feed my music and running habits without some source of income.”

Jacen tucked his phone into his pocket and lingered at the counter. “Want some company? I came here to work on music, yeah, but that wasn’t the only reason.” He offered up the bag. “I’ve melted this.”

“I’ll stick it back in the freezer. No problem.” He gripped the melting frozen food. “Stick around a moment in case anyone comes in and I’ll put it back.” He left Jacen alone long enough to put the peas in the fridge. He’d probably make them for lunch the next day instead of wasting them. When he returned, Jacen had rounded the counter.

“I’ve got lunch for tomorrow.” He tensed. “Thanks for holding down the fort.” He expected Jacen to leave, but instead, he crept closer to Matt.

“I didn’t just return for Rory and the music. I came here for you, too.”

“Me?” He frowned. “What?” He had to be hearing Jacen wrong. No way Jacen meant that.