Now for the Tuesday Teaser!!! New cover art for Careless Whisper and My Immortal, two of my paranormal titles coming back out from Totally Bound!! Posh Gosh did a fantastic job once again!! 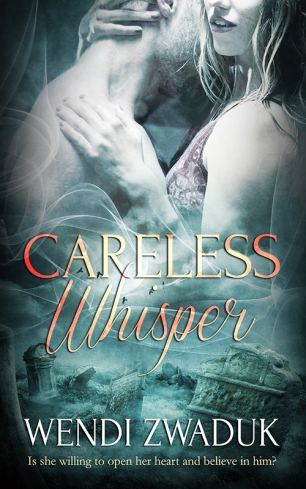 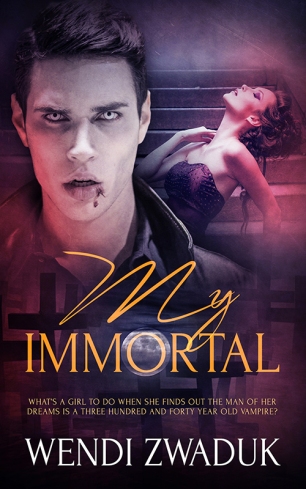 He’s her kinkiest desire, if she’s willing to open her heart and believe in him.

The dead don’t always rest in peace. Some stick around to make the lives of the living hell on Earth. Ryan Black knows the frustration of dealing with the dead. He’s a Ghost Explorer. He’s conquered houses filled with apparitions, abandoned school buildings that house angry vermin, and managed to woo the female population of Snake Falls, Ohio. But he’s about to face his toughest challenge, convincing sceptical Samara Jacobs she not only shares his gift, but holds his heart.

Women fall at Ryan Black’s feet and Samara’s determined not to be one of the many—that is until she’s forced to work with him. He’s certain ghosts exist and willing to prove it. The more she gets to know the man behind the television persona, she decides the handsome klutz who chases things that go bump in the night isn’t so silly after all. But is he worthy of her love?

What’s a girl to do when she finds out the man of her dreams is a 340 year old vampire?

Being a vampire hasn’t been easy for Storm Richardson. He’s not programmed to kill or harm, unless he needs to feed. When he meets Stephanie “Stevie” Persing, he knows he’s found his mate. But if he crosses the line between work and play, he risks losing the only person who matters—her.

Stevie’s been in love with Storm since the moment she laid eyes on him. He’s brooding, intense, and her one weakness. But is her heart too steep a price to pay for his love, especially when she discovers his deepest secrets?

This book contains minimal scenes of rape in a flashback. Includes smokin’ hot sex in a hot tub, a pickup truck, and the shower.

BOTH ARE COMING SOON FROM TOTALLY BOUND!!